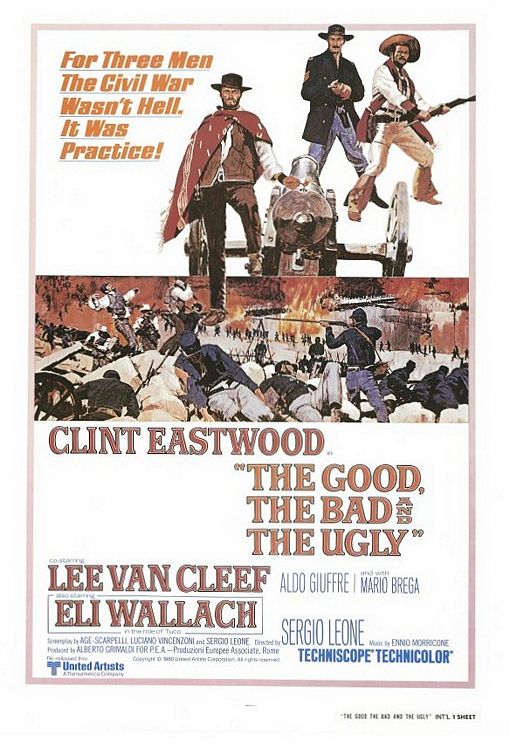 What It’s About:  Three gunfighters-Blondie (Clint Eastwood), Angel Eyes (Lee Van Cleef) and Tuco (Eli Wallach)-find themselves in pursuit of the same goal:  a cache of stolen Confederate gold buried in a lonely graveyard surrounded by war dead.  Can any of them survive the Civil War-and each other-long enough to find the gold ?

Why Watch it Today?: Director Sergio Leone revolutionized the Western (or quite possibly sounded its swan song) and forever changed action and adventure movies with his series of Italian-made Westerns that started with A Fistful of Dollars and ended with Duck You Sucker aka A Fistful of Dynamite.  Many cite Once Upon a Time in the West as his greatest achievement, but for my money today’s Movie is his best, and one of the finest Westerns ever made.  Leone died today in 1989; let’s mark his passing with a film that  climaxes in a graveyard shootout.

Where to Get It: Amazon, iTunes and XFINITY;  Your Local Library; Netflix (DVD)