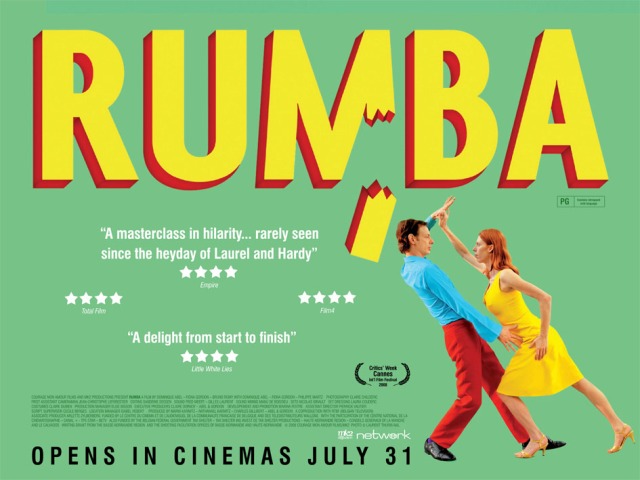 What It’s About: Fiona teaches English (co-director/co-writer Fiona Gordon) and Dom (co-director/co-writer Dominique Abel) teaches phys ed at the same school at the same French primary school. They are not just teachers; they are also dancers prepping for a Latin American dance competition. On the big day, the couple goes to the competition, and wins handily; but on their return journey, a suicidal man (Bruno Romy) stands in the middle of the road waiting for a passing car to kill him. Dom swerves to avoid him and crashes the car. Fiona wakes to discover she’s lost a leg; Dom loses his memory, both short and long-term. The rest of the film is the couple dealing with these events, and a host of other tragedies, large and small.

Why Watch it Today?: Today is International Dance Day, and this off-beat French comedy celebrates dance while recalling the great slapstick comedians of the silent era, helped a great deal by the director/leads physicality as dancers.  The film also features a large helping of whimsy, which helps balance out the series of tragedies that fall upon our very likable leads, tragedies than can’t help but become absurd as the film goes on.