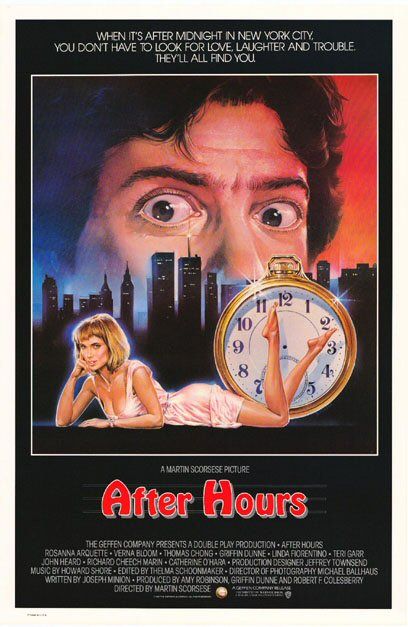 What It’s About: Mild office worker Paul Hackett (Griffin Dunne) meets Marcy Franklin (Patricia Arquette) at a coffee shop and agrees to visit her in Soho later that evening.  From that simple beginning, Paul’s evening gradually spins farther and farther out of control…

Why watch it today?: Director Martin Scorcese was born today in 1942.  Scorcese is probably most known for his dark crime films, including previous Movies of the Day Taxi Driver, Raging Bull, Casino.  His comedy is nearly as dark-The King of Comedy perhaps more so that today’s film, which is a great “all through the night” comedy with a fantastic ensemble cast.

Other Choices: The Last Temptation of Christ; Hugo