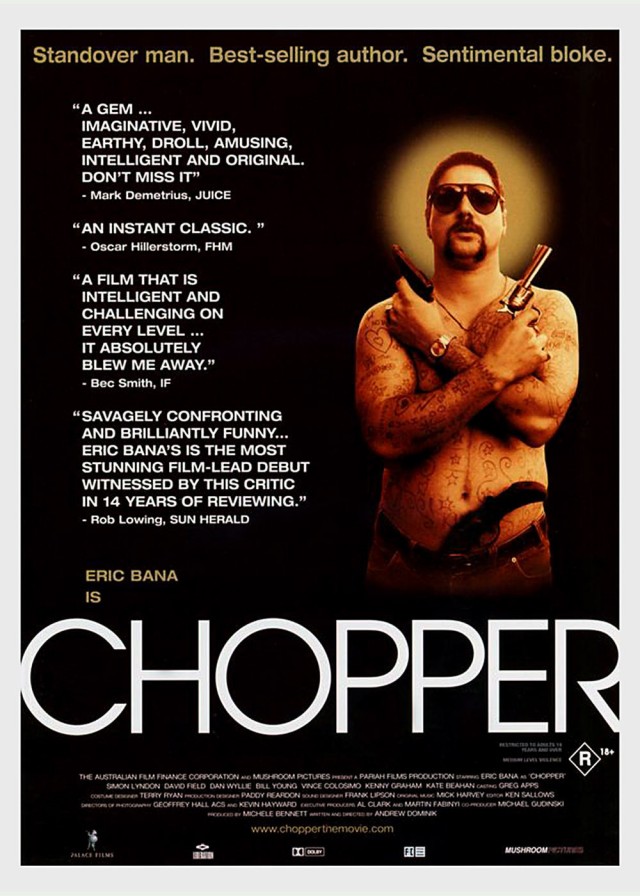 What It’s About: Self aggrandizing thug Mark Brandon “Chopper” Read (Eric Bana) tells the story of his criminal exploits and life behind bars which may or may not be largely spun for the benefit of his hugely successful autobiography, on which today’s film is based.

Why Watch it Today?: December 4th is the Feast of St. Barbara, the Patron Saint of Prisoners.  Chopper is an unusual adaptation of “Chopper” Read’s autobiography, faithfully recreating the sense that Read’s version of the facts don’t quite square with reality (or how much you would not really want to know him) despite their appeal as over-the-top fiction.  It also features a star making turn from Eric Bana, who is amazing in the title role.

Other Choices:  The Shawshank Redemption, White Heat, Out of Sight, The Great Escape, The Big Bird Cage