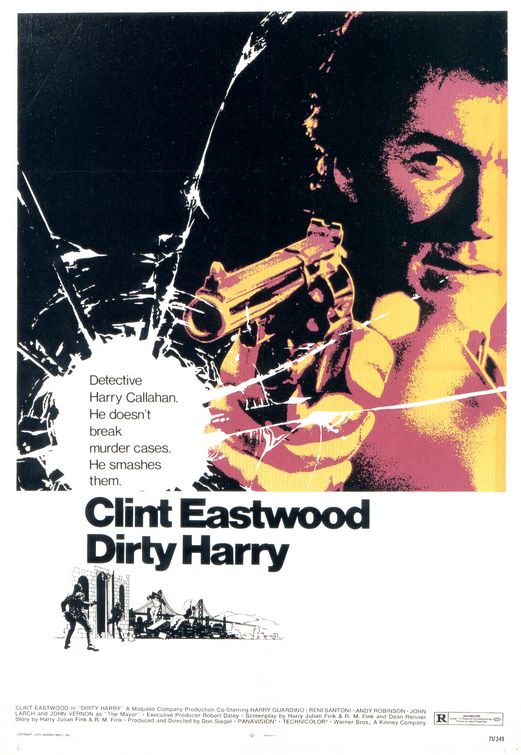 What It’s About: Not that his titular character requires any introduction, but Clint Eastwood, (The Good, the Bad, and the Ugly, Trouble with the Curve) plays Harry Callahan, a San Francisco police detective of the old mold who has little use for anything besides his instincts and his .44 magnum, and certainly not precinct bureaucracy, the courts, or public opinion. Harry may have met his match when he attempts to stop “Scorpio”, an ingenious homicidal maniac who seems to understand how to play the system much better than his politically incorrect adversary.

Why Watch it Today: Only one reason needed. It’ll make your day. Need another excuse? The San Francisco “Zodiac Killer” claimed his first victim on this day in 1968, just a few years before Dirty Harry hit the box office in 1971. While the real Zodiac Killer was never caught, Clint Eastwood has the opportunity to create a different outcome in this iconic film which submerges viewers in the deep-end of crime hysteria and moral disintegration. Director Don Siegel oversees psychedelic 70s cinematography and a disturbing score by Lalo Schifrin (Bullitt) to complete a veering, unpredictable storyline. Who’s going to have better luck in modern society? The violent antisocial murderer or the violent antisocial cop who wants to stop him? Whether you’re feeling lucky or not, treat yourself to a night in with Dirty Harry.