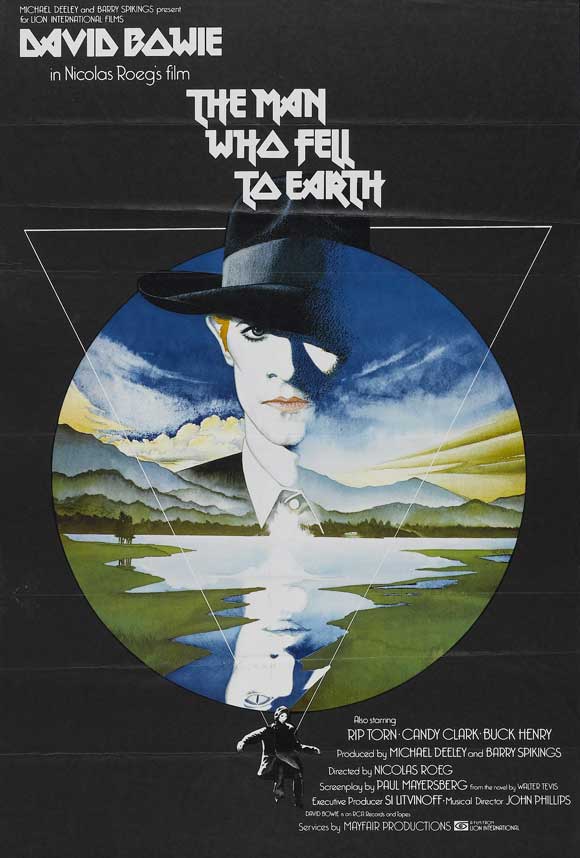 What It’s About:  An alien named Thomas Jerome Newton (David Bowie) arrives on Earth planning to bring water to his dying planet.  To do so he’ll need to become wealthy enough, and advance Earth’s technology enough, to build a spaceship.  Along the way, however, he meets an array of humans, gets too involved with some of them, becomes too fond of alcohol, and eventually loses sight of everything.

Why Watch it Today?:  David Bowie, was born on this date 67 years ago, seemingly to play this part.  Bowie heads an excellent cast in this at times disorienting film from Nicholas Roeg.

Other Choices:  Bowie’s roles cover everything from historical figures like Tesla to fantasy figures like the Goblin King; one role I found him unexpectedly great in was when he played Pontius Pilate.