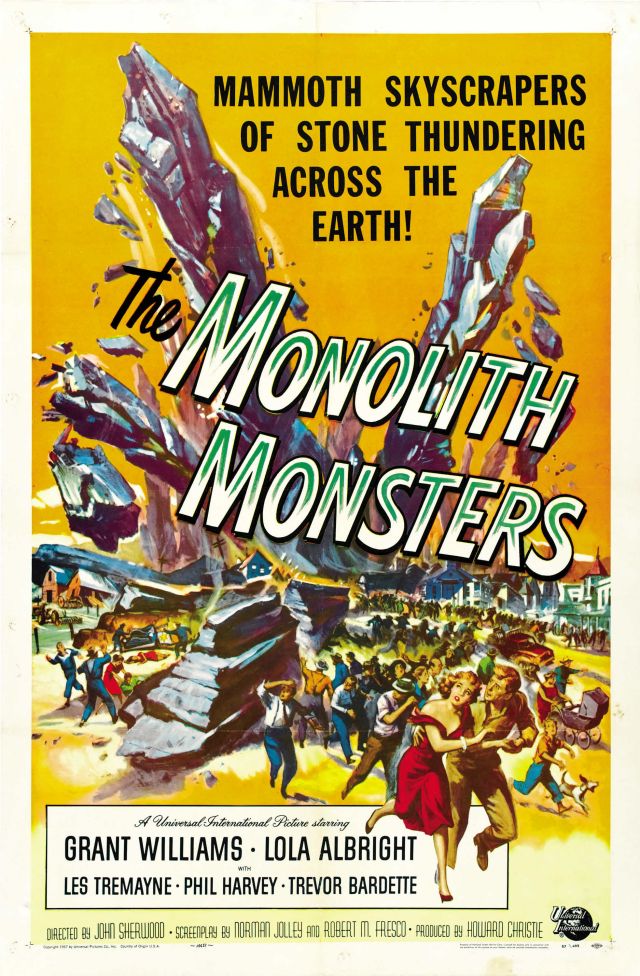 What It’s About: Strange rocks from a meteor that crashed in a remote town in the southwest United States grow into towering formations when exposed to water.  The formations topple over, turning those not killed initially into rock, and creating more fragments that grow into more monoliths.  Can government geologist Dave Miller (Grant Williams) figure out a way to stop the Monolith Monsters before it’s too late?

Why Watch it Today?: According to the INTERNET the first Sunday in April is “traditionally” Geologists’ Day so why not celebrate with one of the few (only?) movies that feature a geologist hero saving us from deadly rocks? Universal applies its great 1950s sci-fi monster movie formula (scientist solves the mystery of disappearances in a remote region and discovering there’s a very short window of time to stop the cause before it threatens the entire world) rather successfully to what should be a completely (instead of just mostly) ridiculous menace.

Other Choices:  The Black Scorpion and Giant From the Unknown also feature geologists.