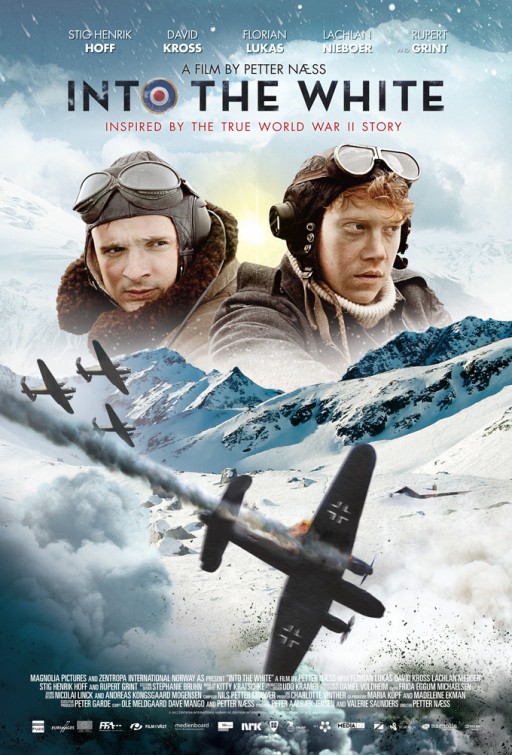 What It’s About:  During the fight over Norway, British and German air crews must cooperate to survive the elements after shooting one another down over icy wastes.

Why Watch it Today?:  The planes were shot down on April 27th, 1940.  This tale based on true events doesn’t break any new ground but covers the usual “enemies forced to work together in an inhospitable clime” story well.  Into the White comes from the unusual perspective of Norwegian/Swedish filmmakers and thus doesn’t reflexively embrace either group of fliers (Norway attempted to remain neutral but was dragged into the war).  Indeed, the British come off particularly badly and the blame can’t entirely be laid at Rupert Grint’s feet (although his petulant performance does somewhat recall Mickey Rooney’s post-adolescent roles in that his youthfulness hasn’t quite left him and is beginning to rot).  Also of note is the beautiful Norwegian and Swedish locations used for the film.