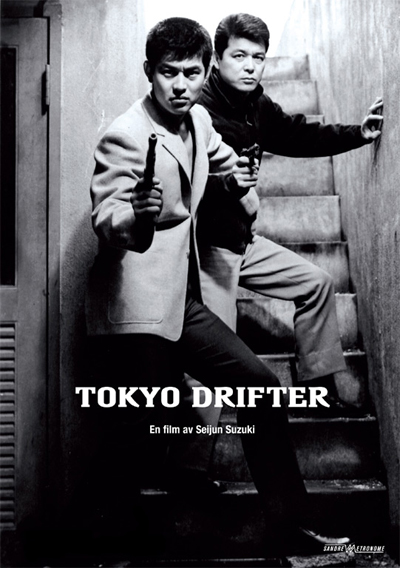 What It’s About: “Phoenix Tetsu” (Tetsuya Watari) is the loyal protege of aging gangster Kurata (Ryuni Kita).  Kurata decides to go straight, but his crooked rivals intervene.  Tetsu takes the fall for a murder he did not commit and is forced to leave Tokyo, and his girlfriend Chiharu (Chieko Matsubara) who sings in Kurata’s night club.  Tetsu begins to wander Japan, going from ally of Kurata’s to another, but is hunted wherever he goes by the police and Yakuza.  Will his faithful service be rewarded, or will he be betrayed as another drifting gangster he meets suggests?

Why Watch it Today?: Japanese maverick B movie director Seijun Suzuki was born on this date in 1923.  Seijun Suzuki worked for B Studio  Nikkatsu, turning out unique genre movies (mostly war and crime) which combined elements from French New Wave filmmaking, American and Italian Westerns and Japanese Samurai and Yakuza films to create distinctive and stylistic masterpieces.  Seijun was unfortunately blacklisted after suing his studio for breach of contract after they fired him for making incomprehensible movies, which derailed his career at its peak, but his films went on to influence everyone from Quentin Tarantino to Jim Jarmusch to John Woo. His films are a must see for anyone interested in unusual approaches to genre movies.