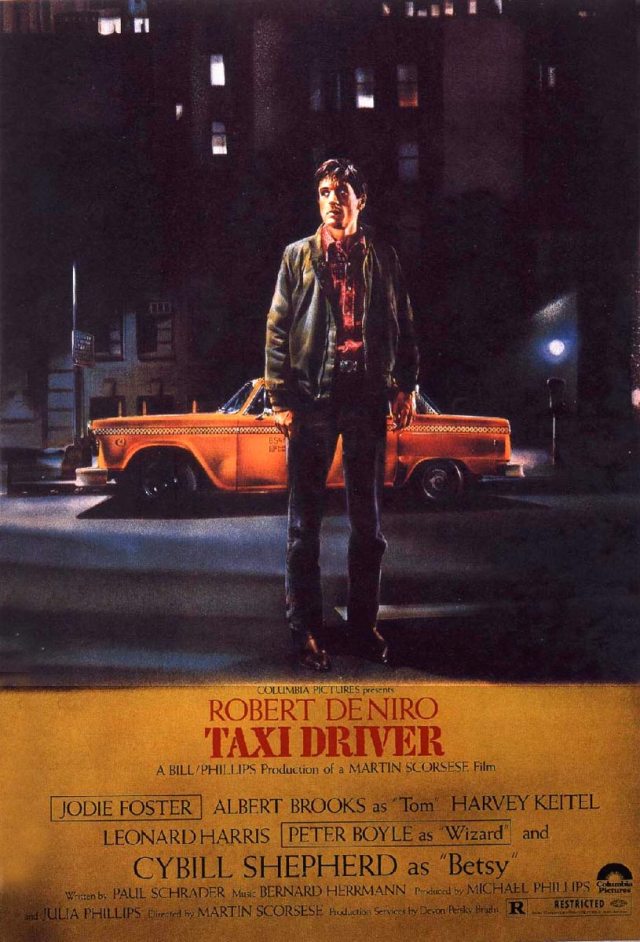 What It’s About: Over the course of a long, hot summer, disturbed cab driver Travis Bickle (Robert De Niro) reaches out to two women, campaign worker Betsy (Cybil Shepard) and teenage runaway Iris (Jodie Foster), seeking to save them from the men he sees as controlling them, political candidate Charles Palatine (Leonard Harris) and pimp Sport (Harvey Keitel).  When he fails to convince either woman to trust him, he will turn to violence…

Why Watch it Today?: Director Martin Scorcese was born today in 1942.  Scorcese is responsible for many dark films, including previous Movies of the Day Raging Bull, Casino, and The King of Comedy, but my personal favorite remains this bleak character study. Taxi Driver is a modern take on John Ford’s The Searchers, set in a decaying New York City rather than the Western wilderness, only this time Ethan is desperately searching for someone to save instead of on a quest to save his niece.  Robert De Niro was nominated for his tour-de-force performance; Jodi Foster for her amazing supporting work; composer Bernard Hermann for his classic score, one of his last before his death; and the film was nominated for Best Picture, but Taxi Driver lost every time despite being one of the greatest films of the 1970s.

Other Choices:  We’ve featured many Scorcese movies, including After Hours, Hugo, and The Last Temptation of Christ.