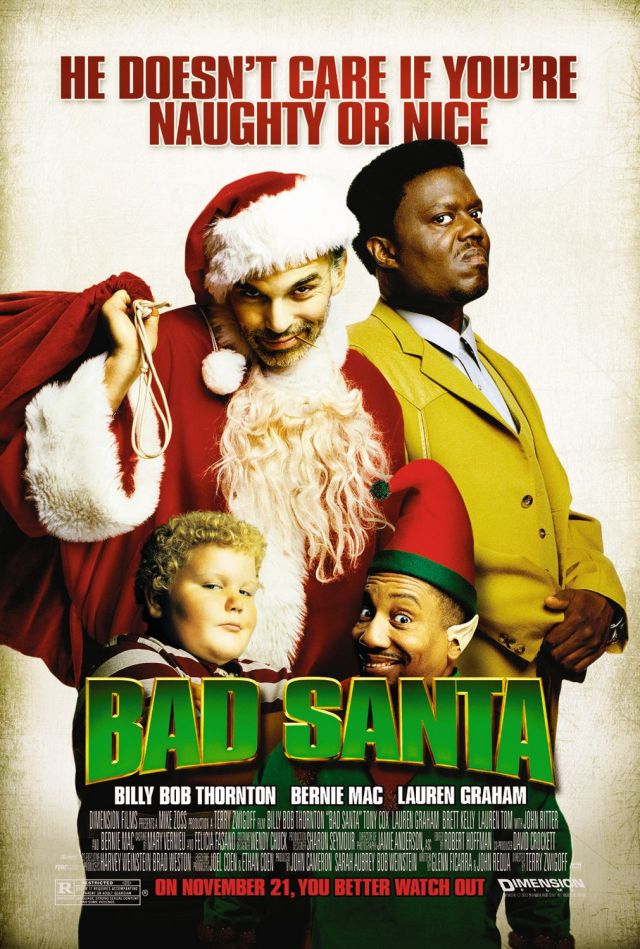 What It’s About: Willie (Billy Bob Thornton) and Marcus (Tony Cox) run the same scam every year:  they get jobs as a Mall Santa and his elf, case the place, then rob it on Christmas Eve.  Will they be able to pull the scam off in the face of Willie’s alcoholism and womanizing, not to mention Sue (Lauren Graham), a bartender with a Santa fetish; Gin (Bernie Mac), the corrupt head of mall security and an awkward kid (Brett Kelly) that thinks Willie is the real deal?

Why Watch it Today?: Anyone looking for a funny, foul-mouthed break from the usual holiday sentiment could use a dose of today’s film.  Merry Christmas to all who are celebrating, and may everyone else enjoy Chinese food and a trip to the movies!