Marty (Ernest Borgnine, The Devil’s Rain) is a 34-year-old butcher who lives with his mother (Esther Mincotti).  All of his siblings are married, which in the 1950s Bronx means he is under constant pressure to find the right girl.  Marty’s tired of the bachelor life his friends lead-always on the make, reading Mickey Spillane and trashy magazines, trying to score action from nurses and “down on 72nd street”.  His best friend, Angie (Joe Mantell, Chinatown) seems equally weary, but still wants Marty to get out there and try.  Marty gives in when his mother suggests he go to the Stardust Ballroom after Marty’s cousin Tommy (Jerry Paris, Police Academy 2) suggests the idea.

There he meets a fellow “dog” Clara (Betsy Blair) and they immediately hit it off.  Unfortunately for Marty, his aunt Catherine (Augusta Ciolli) fills Marty’s mom with anxiety that he will abandon her, while Marty’s friends think a dog like Clara isn’t good enough for Marty.  Will Marty make the right decision and follow his heart? 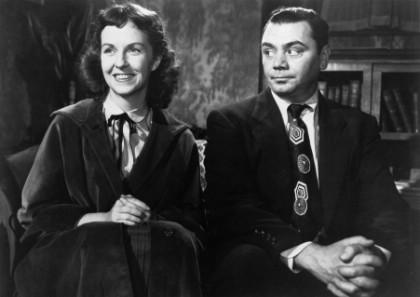 Marty was originally produced for television on the Philco-Goodyear Television Playhouse and it shows.  Marty is well suited to the more intimate medium of television and feels small and a little awkward as a film.  The film struck a chord at the moment it was released-making ten times its meager budget at the box office and winning Best Picture, Director, Best Actor, Best Screenplay and the Palm D’Or.  That the film was timely is obvious now, from its working class Catholic Bronx setting to its copious references to period entertainment, but Marty‘s outmoded gender relations are the biggest obstacle to really enjoying the film today.  The focus, right in the title, is on Marty, not Clara,  and the date is full of Clara sitting and listening to him babble on about his boring job with cringe-inducing “honest” lines about how they are both dogs.  In some ways Marty’s negative reaction to Clara not wanting to kiss him can be read as condemning the double standard-he comes to his senses quickly-but it is very hard to watch now. 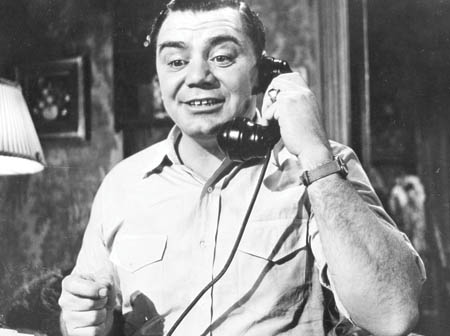 This is not to say Marty is a bad film.  Ernest Borgnine gives an amazing, out of character performance as Marty, and the supporting cast is excellent, particularly Mantell and Mincotti, who make their characters likable even while they hold  Marty back.  Thanks to the feeling of verisimilitude and the genuine, likable characters, the film is enjoyable to watch, but Marty never fully escapes its TV origins to become compelling, must-see viewing.