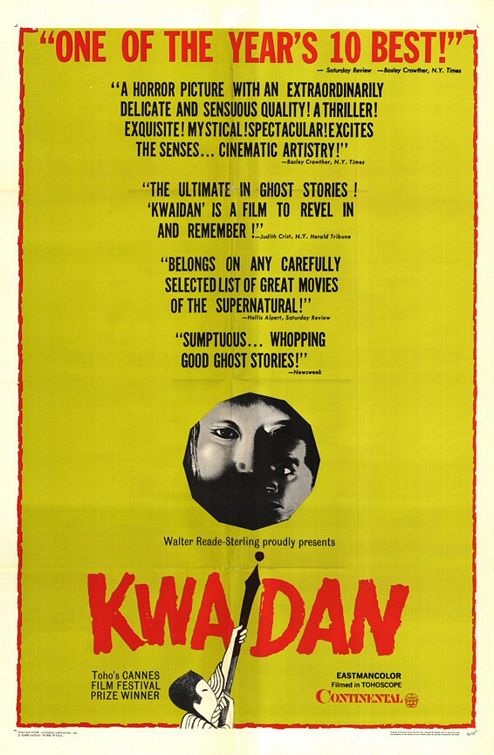 Why Watch it Today?:  The second story, “The Woman in the Snow”, is a haunting winter tale, beautifully told on sumptuous sets, while the last story, “In a Cup of Tea”, takes place on New Year’s Day.  All four stories are based on Lafcadio Hearn’s interpretation of Japanese folklore, making an exceptional anthology film.

Where to Get It: Hulu Plus; Netflix (Rental), Libraries