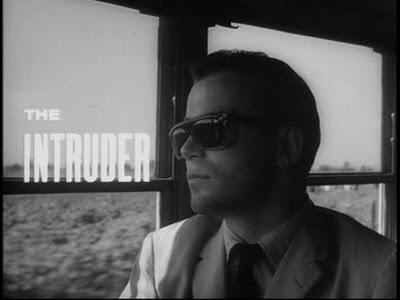 What It’s About: Adam Cramer (William Shatner) shows up in a small Southern town just after court ordered integration of schools is about to begin and immediately sets to work whipping the town into a fury against the order.  Can he be stopped before the town explodes in violence?

Why Watch it Today?: It’s star William Shatner’s 81st birthday today.  Rather than feature one of Shatner’s goofier roles or his work in the Star Trek series, I thought it would be good to feature one of his lesser known roles, one that shows him at his best.  We’re used to seeing Shatner the charismatic over actor, and Shatner poking fun at his own image, but here we get the oily, sleazy underbelly of the Shatner persona used to great effect in this often disturbing exploitation-with-a-message film from Roger Corman, who was rarely this openly political.

Where to Get It: Some libraries; buy it at Amazon

Other Choices:  See Shatner battle an army of tarantulas in Kingdom of the Spiders or overact in Esperanto in Incubus.