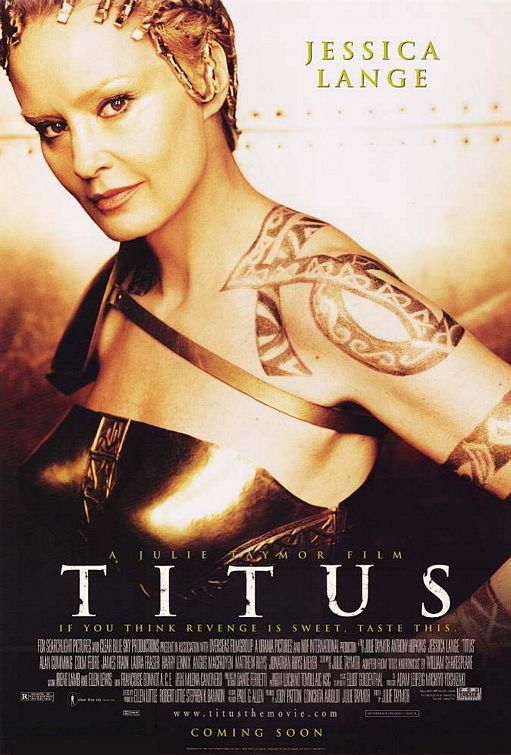 What It’s About: Roman general Titus Andronicus (Anthony Hopkins) returns victorious from the war against the Goths, but sows the seeds of his own defeat when he refuses to become emperor and brings the Queen of the Goths, Tamora (Jessica Lange), and her sons to Rome as his hostages.

Why Watch it Today?: Shakespeare was baptized today in 1564 (the date of his birth is unknown).  Last year we celebrated with the unlikely kaiju epic King Kong vs. Godzilla, but this year we have a film based off of Shakespeare’s first (and bloodiest) tragedy, Titus Andronicus.  Director Julie Taymor fully embraces the play’s violent nature, giving us a gory, excessive feast which includes my personal favorite revenge (hint: the same method  was sent up hilariously in Theatre of Blood).

Where to Get It: Your local library; Netflix (DVD)

Other Choices:  Looking for something less heavy than this years choice but less goofy than last year’s?  How about Henry V, with its stirring speeches?  Orson Welles’ iconoclastic take on Macbeth?  Or, perhaps a sci-fi take on The Tempest?