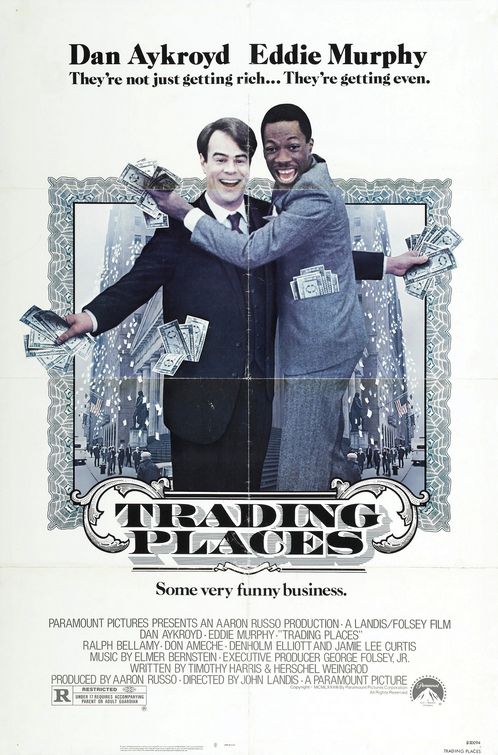 What It’s About: Wall Street titans Duke (Ralph Bellamy) and Duke (Don Ameche) decide to settle their nature vs. nurture debate with a bet.  They will fire, disgrace, and evict their privileged up-and-coming employee Louis Winthrop III (Dan Aykroyd), while taking pan-handling hustler Billy Ray Valentine (Eddie Murphy) and putting him in Winthrop’s job and home.  Will Winthrop turn to crime and can Valentine become a successful trader-and will either take the Dukes’ meddling in their lives lying down?

Why Watch it Today?: The film’s climax occurs on New Year’s Eve, on a train holding a costume party.