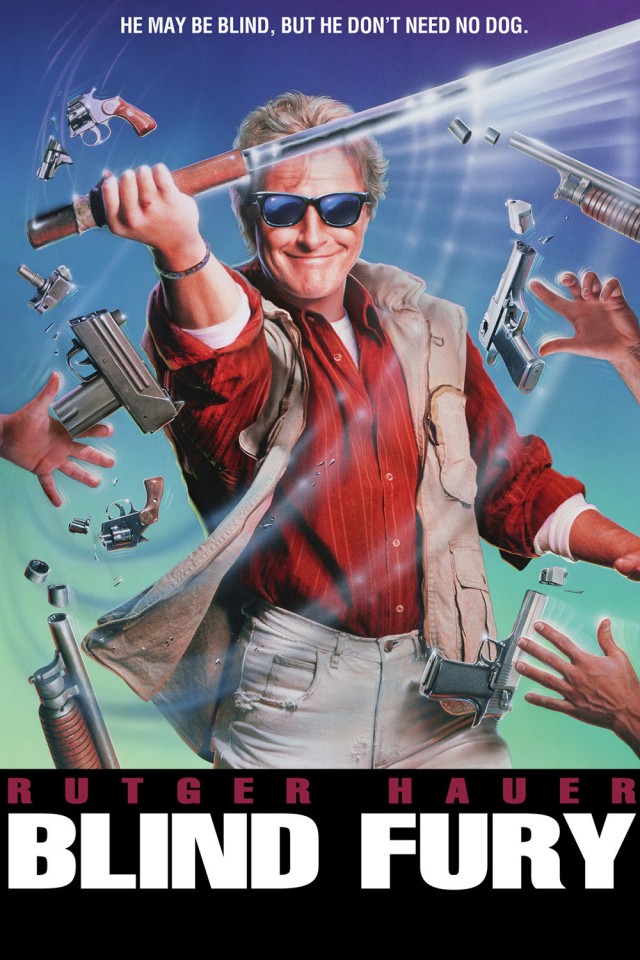 What It’s About: Blinded while fighting in Vietnam, Nick Parker (Rutger Hauer) is saved by villagers who train him to overcome his blindness and wield a sword cane.  Returning to the States years later, Parker attempts to visit his friend Frank Devereaux (Terry O’Quinn) in Miami.  What Parker doesn’t know is that Devereaux is divorced and lives in Vegas, where he’s run afoul of Vegas casino owner MacCready (Noble Willingham).  MacCready is using Devereaux’s debt to force him to make designer drugs.  To increase the pressure on Devereaux, MacCready sends goons to kidnap Devereaux’s son Billy (Brandon Call) and ex-wife Lynn (Meg Foster).  Parker arrives in time to save Billy, but not Lynn.  Billy and Parker travel cross-country to Vegas, pursued by MacCready’s men.  Can a blind man with a sword cane defeat MacCready and his heavily armed thugs?

Why Watch it Today?: Louis Braille was born on this date in 1809.  What better way to celebrate the birth of the inventor of braille than with this wonderfully cheesy 80s take on Zatoichi, the most bad-ass blind character of all time?  It’s a shame that the film didn’t spawn a franchise; Hauer could easily have supported a series of Parker films.

Other Choices:  The Tale of Zatoichi or Zatoichi the Fugitive