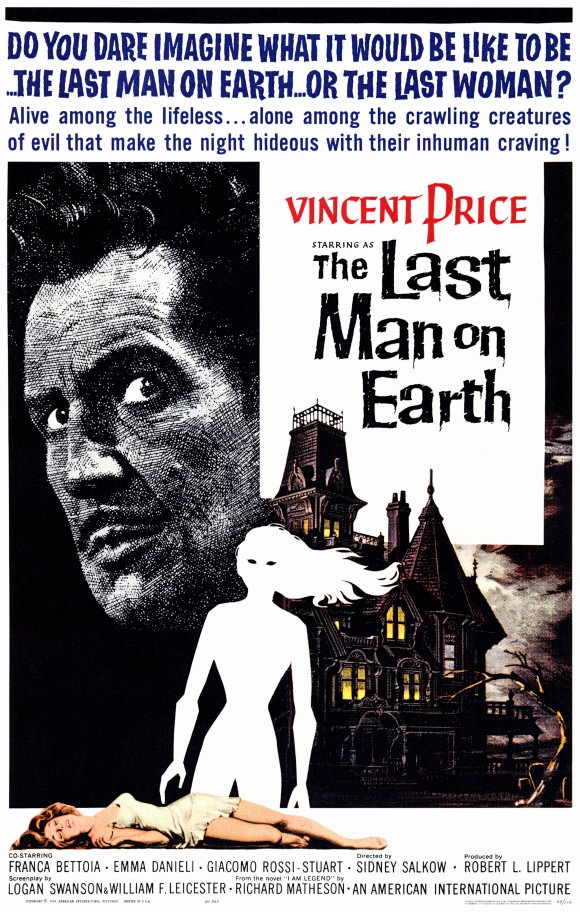 What It’s About:  Dr. Robert Morgan (Vincent Price) is the sole survivor of a plague that killed most of humanity and turned the “survivors” into blood thirsty vampires…but is he really alone?

Why Watch it Today?:   Author Richard Matheson, whose novella I Am Legend formed the basis of not only today’s movie, but also The Omega Man, I Am Legend, and arguably Night of the Living Dead, and thus the entire modern zombie mythology, turns 86 today.  Each of the various adaptations of Matheson’s novella builds on the last, and each diverges wildly from its source, but in many ways this first adaptation is closest to the book.  It also happens to be the one that terrified me as a kid, and it gives Vincent Price a chance to play something besides the overblown madmen that made up the bulk of his film roles.

Other Choices:  You could watch The Legend of Hell House, the excellent haunting movie based on a novel by Matheson.