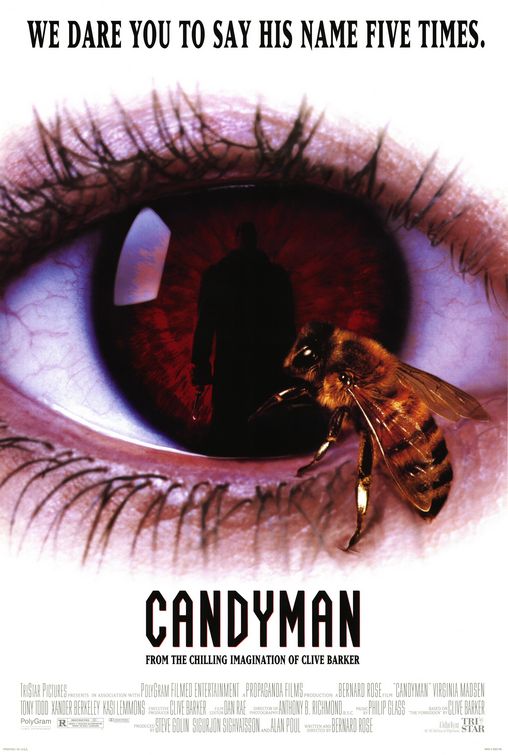 What It’s About: Grad student Helen Lyle (Virgina Madsen) visits the housing projects of Chicago to investigate the local legend of the Candyman (Tony Todd), the ghost of a murdered man with a hook hand, who can be summoned if his name is said five times in front of a mirror. Will Helen find that Candyman is more myth than reality?

Why Watch it Today?:   Jan Harold Brunvald, the great authority on American urban legends, was born on this date in 1933.  Candyman is one of the better horror films to make use of an urban legend.

Other Choices:  Two years ago we highlighted Urban Legend, which features The Encyclopedia of Urban Legends, a book which did not exist at the time but which Brunvald wrote after the film.  Halloween and Black Christmas both draw on classic urban legends.