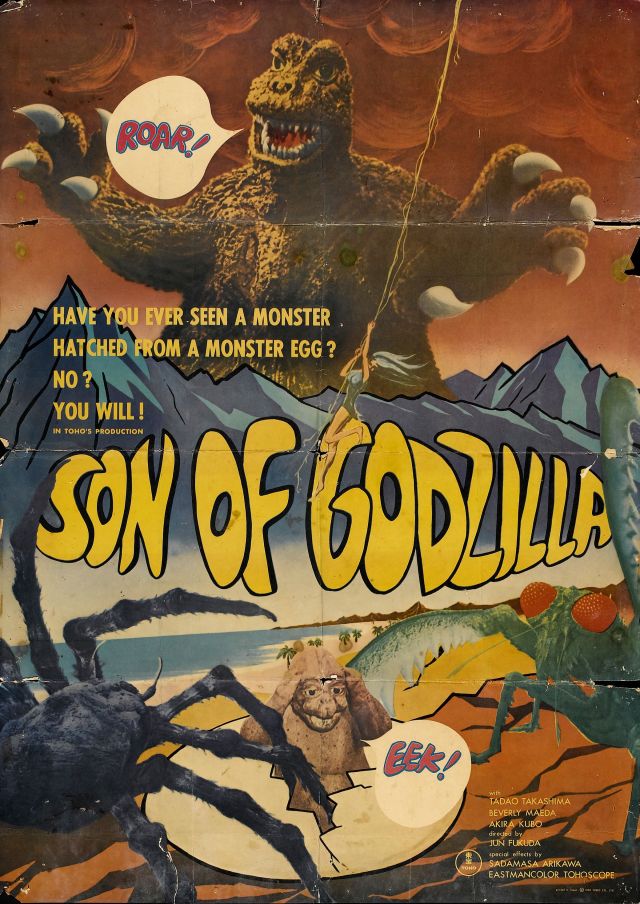 What It’s About: A team of scientists experimenting with weather control on a remote island accidentally embiggen the mantis and spider population. Godzilla arrives just in time to protect a newly hatched…thing…that may or may not be his son. Can the team survive long enough to escape the island?

Why Watch it Today?: Today is Father’s Day, and, while Godzilla’s paternity and parenting skills are dubious at best, they were apparently good enough for the Fatherhood Initiative to feature them in a PSA.