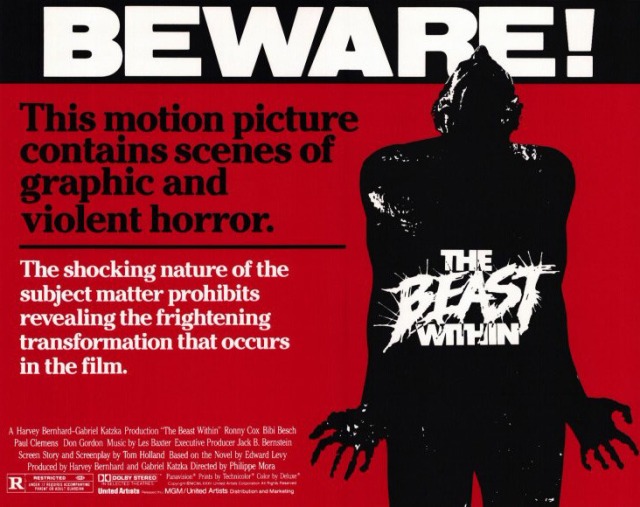 What It’s About: While driving through rural Mississippi on their honeymoon, Eli (Ronny Cox) and Connie McCreary (Bibi Besch) miss a turn and drives off the road.  Stuck in the mud, Eli goes for help.  A mysterious, bestial creature kills the McCreary’s dog and rapes Connie.  17 years later, the McCreary’s son Michael (Paul Clemens) is dying from a strange, unexplained malady.  The couple decide to investigate the identity  and return to Naiobi, the small town near where the attack happened, where they discover the town is hiding several secrets…as is their son…

Why Watch it Today?: There’s a full moon tonight, and, while not everything in Philippe Mora’s film of Tom Holland’s script quite comes together, they do deliver a unique take on the werewolf mythos that is worth a look by fans of 80s horror movies.

Other Choices: The Wolf Man, An American Werewolf in London, The Beast Must Die, Curse of the Were-Rabbit