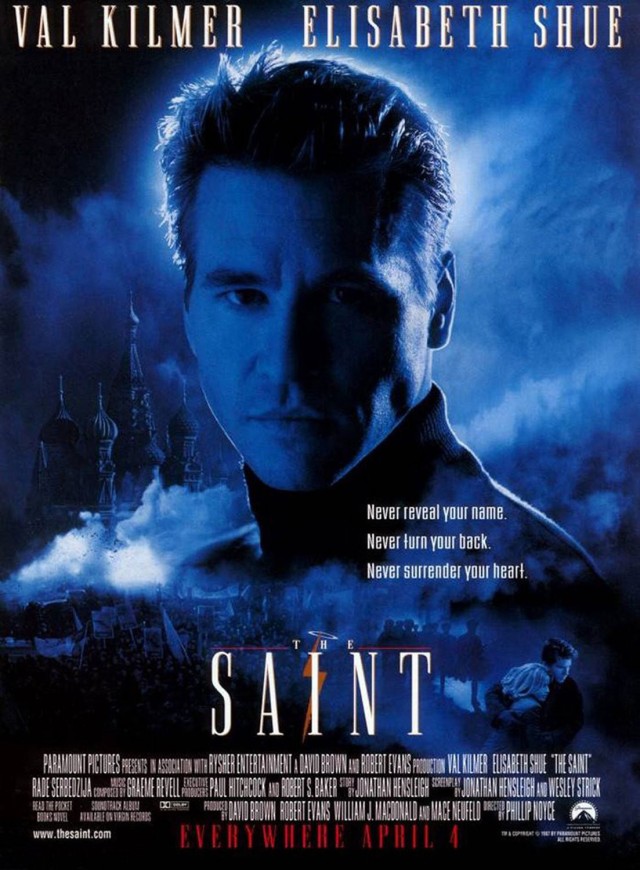 What It’s About: Simon Templar (Val Kilmer) is a man of many identities.  He uses deception to target dangerous international criminals, and he works for himself.  When he crosses paths with a blonde scientist, his anonymity — and with it, his safety — is threatened.  Together, they must outwit and escape a gang of murderous Russians in the mayhem of post-Soviet Moscow, while evading British investigators at the same time.  Based on Leslie Charteris’ character Simon Templar, originally the hero of a series of novels, and later of numerous films and the popular Sixties television series starring Roger Moore.

Why Watch it Today?: Since the heyday of his popularity in the Eighties and Nineties, Val Kilmer has devoted an increasing amount of time to his personal projects, including a Mark Twain biopic and charitable work in support of Christian Science, the religion of which he is a member (n.b. not Scientology!).  Today is the anniversary of the dedication of the Mother Church, a Christian Science landmark in Boston, Massachusetts.  It opened on December 29, 1894.

This is the second in my series of reviews of films that feature men wearing leather trousers.  Previously: The Crow (1994).