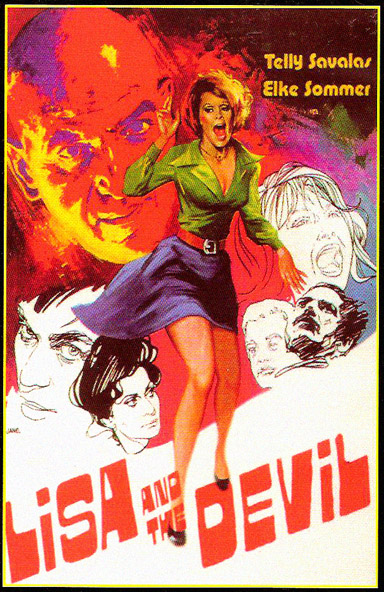 What It’s About:  Tourist Lisa (Elke Sommer) gets lost in a European city.  She finds herself  at an imposing mansion, where she is drawn into a tangled web of deception and murder which seems to be stage managed by the butler of the house, Leandro (Telly Savalas).

Why Watch it Today?:  Telly Savalas was born on this date in 1922.  Savalas is most known to American audiences as Kojak, but he also spent a lot of time acting in European genre films in the 1960s and 1970s.  While today’s film is not one of Mario Bava’s most coherent films, it is beautifully atmospheric, and Savalas makes the most of his role as a man who may or may not be the devil.

Other Choices:  Savalas plays a psychotic in The Dirty Dozen; the most physically dangerous incarnation of Blofeld in On Her Majesty’s Secret Service; and, like so many others, has a cameo in The Muppet Movie.

Just a heads up, the trailer is slightly NSFW: