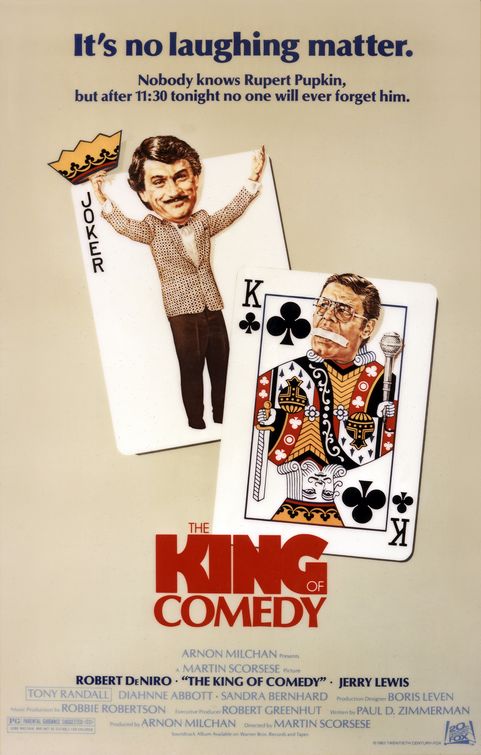 What It’s About: Rupert Pupkin (Robert DeNiro) is an obsessed fan of late-night talk show host Jerry Langford (Jerry Lewis).  When his persistence does not result in an appearance on Langford’s show, Pupkin teams up with another obsessed fan, Masha (Sandra Bernhardt) to kidnap Jerry.

Why Watch it Today?: Jerry Lewis was born today in 1926.  For those who are not fans of his comedic works, or who dislike his public persona, why not try this underrated 1982 black comedy/thriller from Martin Scorcese?  Viewers with a weak stomach for awkwardness and unlikable people may want to avoid this very dark film.

Where to Get It:  Your local library, Netflix (Rental Only), or Amazon (DVD only)