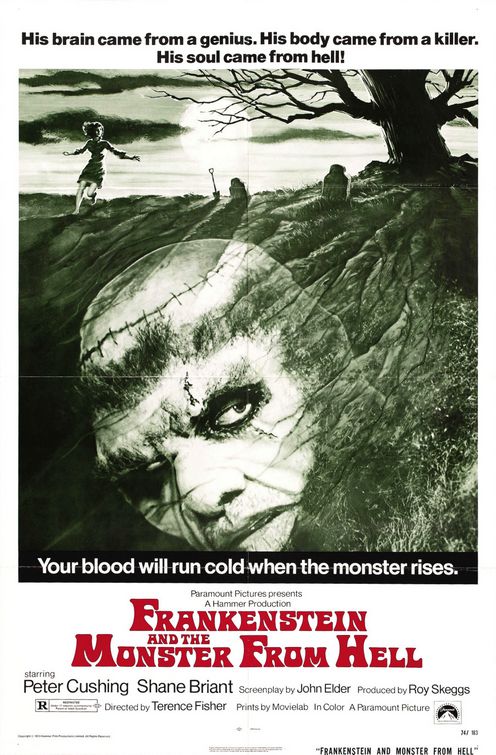 What It’s About: Frankenstein (Peter Cushing) is at it again-hiding out as Dr. Carl Victor, the doctor for an insane asylum.  Frankenstein harvests the inmates for his experiments, once again attempting to transplant the brain of an intelligent man into a new body.

Why Watch it Today?: British horror great Peter Cushing was born on this date in 1913. Cushing usually played the hero in Hammer horror films, except in the Frankenstein series, where he is quite chilling as the driven scientist who considers no sacrifice too great to advance science and man.  Frankenstein and the Monster from Hell was Hammer’s last Frankenstein movie.  If it suffers from an anemic budget and Cushing’s weariness (along with only half effective attempts to bring the series into the 70s with some nasty gore in the operation sequences and some nasty business on the part of the real powers that be in the asylum), it is nonetheless a solid entry in the series, with a truly chilling open-ended ending where Frankenstein coldly decides to try again-despite an entire series worth of horrors created by his quest for knowledge.

Other Choices:  We’ve previously featured many of Cushing’s films-from Grand Moff Tarkin in Star Wars to his many turns as Frankenstein and Van Helsing to his work in anthology horror films and sci-fi.  Check out the Peter Cushing tag for more options!