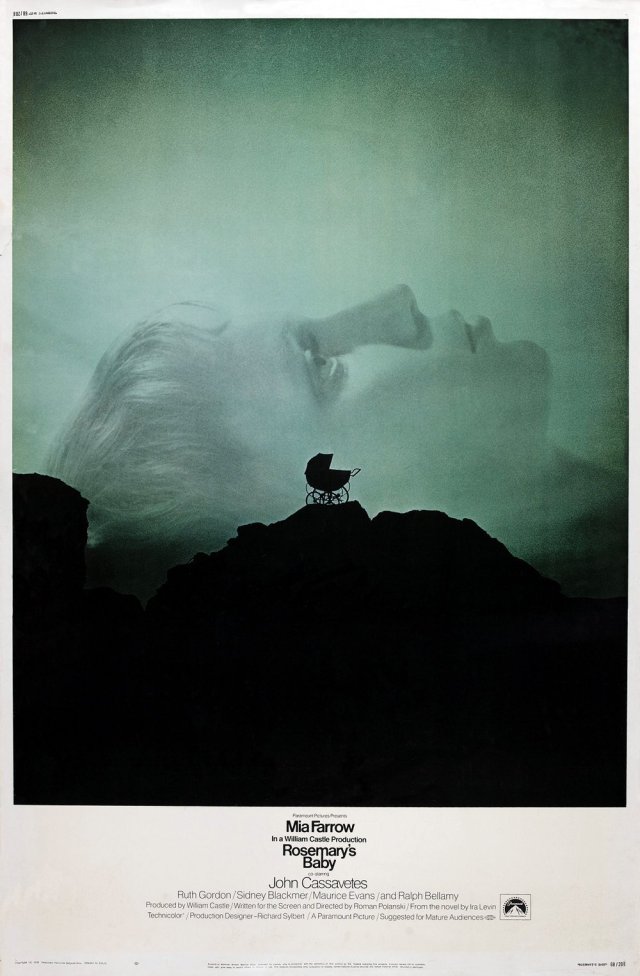 What It’s About: Guy (John Cassavetes) and Rosemary Woodhouse (Mia Farrow) move into a beautiful new apartment surrounded by strange older neighbors.  When Rosemary finds out she is pregnant after strange nightmares, she begins to suspect that there is something seriously wrong with the pregnancy, and she begins to suspect Guy and her new neighbor’s involvement…

Why Watch it Today?:  Happy Mother’s Day!  Rosemary’s Baby is all about the fears around a new pregnancy and motherhood, with an ending completely appropriate for Mother’s Day….hopefully all of our readers with children love their little angels as much as Rosemary loves hers…..

Where to Get It:  Stream from Amazon, iTunes or Vudu; your local library; or Netflix (DVD)