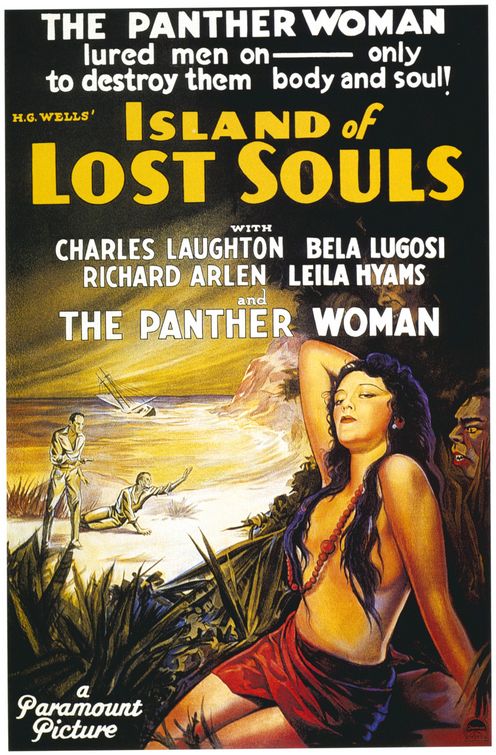 What It’s About: Shipwrecked Edward Parker (Richard Arlen) is left on the island of Dr. Moreau (Charles Laughton), a scientist conducting terrifying experiments.  Will his fiancé Ruth (Leila Hyams) arrive in time to save him from the Island of Lost Souls?

Why Watch it Today?: Science fiction writer H.G. Wells was born today in 1866.  Wells’ The Island of Dr. Moreau has been filmed at least five times, but, at least among the ones I’ve seen, this first adaptation is still the best, despite changes made to the story.  Charles Laughton is chilling as Moreau, the animal/human hybrid effects are good, the German Expressionist inspired shadows add atmosphere and Bela Lugosi is great as the Keeper of the Law.

Other Choices:  Previously featured Wells films include The Food of the Gods, The Empire of the Ants and The Invisible Man